Something really important happened earlier this week. Gmail announced they would support style tags. I was almost exploding with excitement when I saw the announcement. I tried to share my excitement with my friends and they looked at me and were like "cool story bro”. The thing is - this will revolutionise email marketing. 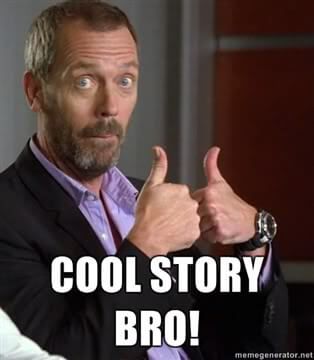 Why is it such a big deal?

A little background into why this is a big deal. For the longest time Gmail has stripped out the style tag from emails. This meant that all CSS in emails had to be inlined otherwise Gmail would remove it. For years this was was more annoying than anything, however then mobile happened.

Media queries are the secret sauce that enables emails to adjust to smaller screens and look great. But media queries are not able to be inlined which meant that any mobile specific CSS would not work for Gmail on mobile devices (this includes the Gmail and Inbox apps). Mobile opens for email accounts for almost 75% in some industries and Gmail has a very large marketshare (which is understated at best due to it caching images). This led to a multitude of hacks to try and get emails to look good on mobile Gmail.

I personally kept the email designs at Compassion very simple and single column because of Gmail. It was easier to design around false constraints rather than spend literally hours trying to CSS hack Gmail into submission (I wrote an earlier post which was basically Gmail is shit, don’t rely on media queries for mobile rendering).

Why everything will now change.

Gmail will now support mobile styles, however with the style tag comes a lot more than just mobile styles. People like Justin at FreshInbox have been really pushing what is possible in email by using CSS animations, pseudo selectors for hover and active states etc and a host of other modern “un-inlineable” CSS. What he has been able to achieve has been remarkable - albeit it only working in a handful of email clients.

I’ve held back any kind of interactive or advanced email features from our emails because I couldn’t justify spending the time on them when it would work for a small audience. Gmail is a big player and unless I could get something to work for Gmail I would put it aside.

According to Litmus’ email client market share Google and Apple control about 77% of the market share. Now that Gmail will support style tags this type of interactivity will be able to become the new normal for email - especially for mobile. This in turn will put pressure on other email clients to improve (looking at you Outlook).

We are going to be able to do more than anybody ever thought was possible in email soon. Get read to run because it is a new day with new ground to be covered. Welcome to the new age of email marketing.